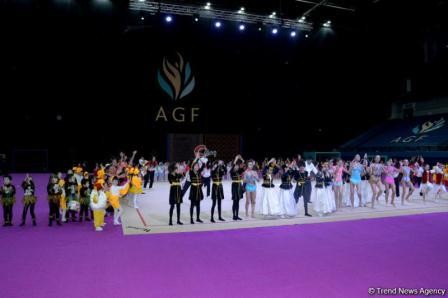 The audience enjoyed the brilliant performance by the participant of the upcoming Rio 2016 Olympic Games, Marina Durunda, with the hoop and ribbon.

Following the event, a bonfire was lit for the children near the National Gymnastics Arena.