Azerbaijani Army among strongest armies of the world 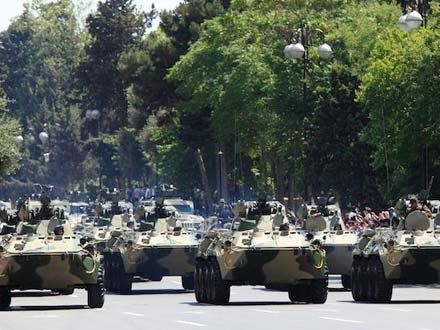 America`s “Global Fire Power” Research Center has revealed the ranking of the most powerful armies of the world.

The finalized ranking relies on over 50 factors to determine a given Nation`s Power Index score. Ranking does not simply rely on the total numbers of weapons available to any one country but rather than focuses on weapon diversity within the number totals to provide a better balance of firepower available.

The United States tops the ranking, followed by Russia, China, India, France and the United Kingdom.

Azeerbaijani Armed Forces was also added to the list. According to the Global Firepower, Azerbaijan ranks 60th, followed by Georgia (80) and Armenia (94).