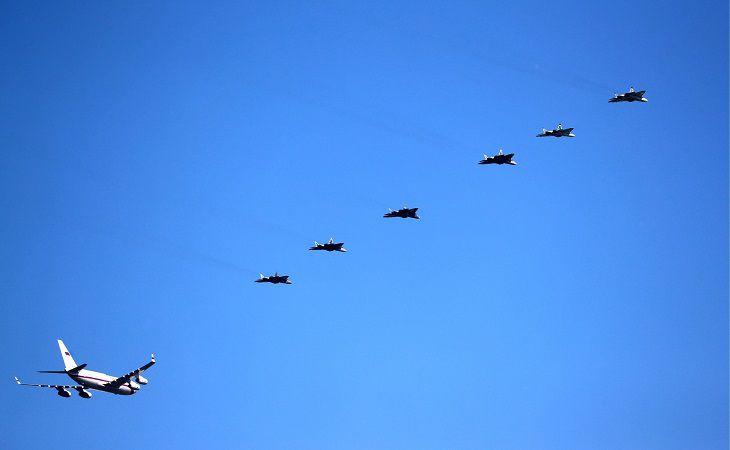 The images recorded on the president's plane show that the fifth generation fighter accompanies the landing in Akhtubinsk.

In the same city, Putin visited the summer training center of the Defense Ministry.

After that, the MiG-31K fighter jet, the new unmanned aerial vehicles, as well as the S-350 anti-aircraft missile and radar complexes, as well as the Pantsir Zenith-Shot Complex were demonstrated to the head of state.