No Azerbaijani citizens among victims 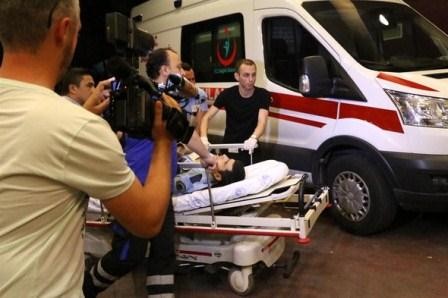 According to the preliminary data, there are no Azerbaijani citizens among the victims and injured in the terrorist attack at the Istanbul Ataturk Airport June 28, Hikmat Hajiyev, spokesman for the Azerbaijani foreign ministry, told local media on June 29.

Hajiyev said earlier that Azerbaijan's Consulate General in Istanbul is reviewing whether there are any Azerbaijani citizens among those injured and killed in the terrorist attack committed at the Ataturk Airport June 28.

A terrorist attack occurred at the Istanbul Ataturk Airport June 28 as a result of which 36 people were killed and 147 injured.