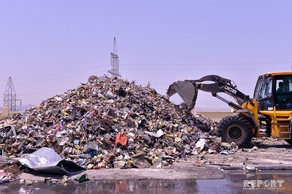 Notably, in 2008, President Ilham Aliyev has signed an order on establishment of 'Təmiz Şəhər' OJSC. This measure, carried out to solve the problem of growing waste in Baku city, as well as return waste to the industry, has its benefits in a short period. 'Təmiz Şəhər' officially launched in 2009. Then Solid Waste Sorting and Solid Waste Incineration plants were built.