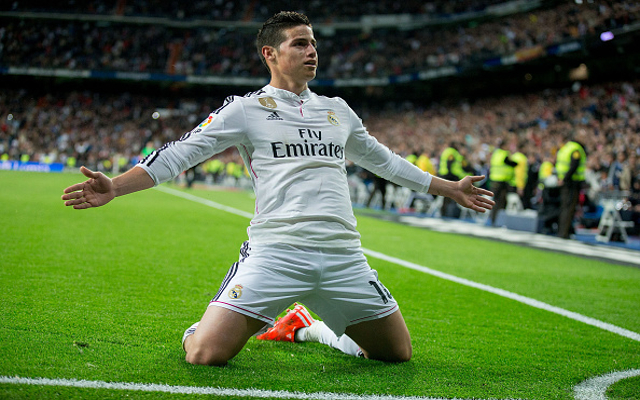 James Rodriguez has reached an agreement with Real Madrid president Florentino Perez to move to Manchester United in the summer.

That’s according to Spanish outlet Don Balon who say David De Gea will move to the Bernabeu as part of the deal.

The final price of the transfer is set to be decided in the coming weeks with both clubs valuing the players differently.

Real think Rodriguez is worth around £50m but United are only prepared to pay £34m for the Colombian.

The report claims the eventual fee will revolve around De Gea going back to Madrid.

United are said to value the Spanish goalkeeper at a whopping £63m.

Real are trying to inflate the price they could get for Rodriguez by playing him between now and the end of the season.

The 25-year-old has made just 19 La Liga appearances this campaign, netting six goals and providing six assists in the process.