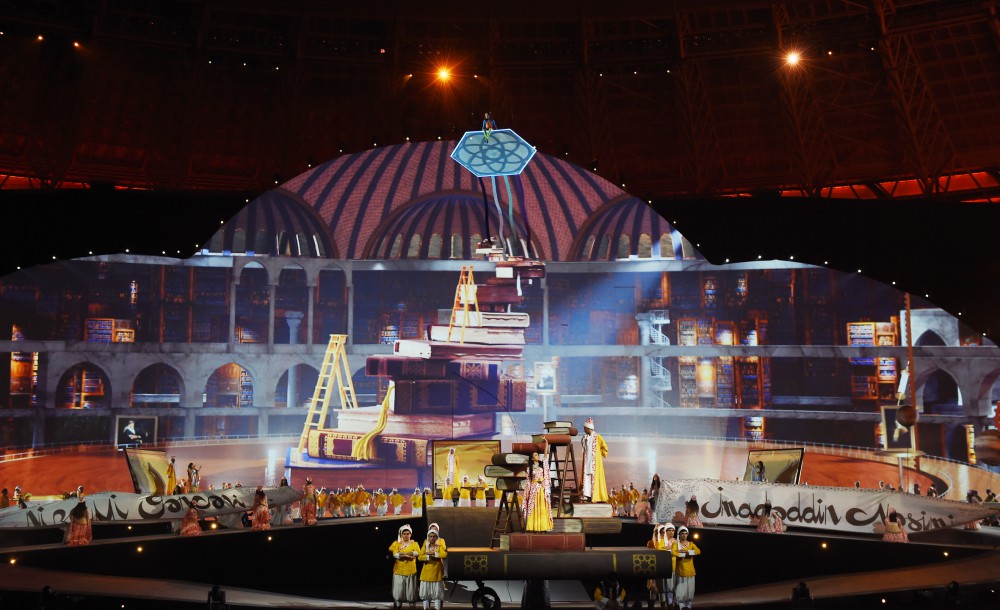 The solemn opening ceremony of the IV Islamic Solidarity games was held in Baku, the official closing ceremony will be held on May 22.

Solemn parade of sportsmen from 54 countries during the opening ceremony of the Islamic Solidarity Games "Baku-2017" have finished. The five-time world champion and ten-time European champion Rafael Agayev was the standard-bearer of the Azerbaijani delegation, Report informs.

When the Azerbaijani team appeared at the stadium, Natig Shirinov and 19 other musicians playing on nagara (national music instrument) began to perform. This group continued to perform till the end of the parade.

Representatives of the countries-participants of Islamic Solidarity Games with the flags of their states began to enter the hall.

Report informs, President of Azerbaijan Ilham Aliyev, chairman of the organizational committee of the 4th Islamic Solidarity Games Mehriban Aliyeva, other officials and heads of international organizations and federations are attending the ceremony in the Baku Olympic Stadium.

During the games about 3000 athletes from 54 countries will compete for 269 sets of medals in 21 sport branches. Some new sports have been included in the program of the Games. These are wrestling, judo, para-jodo, para-athletics, boxing, zorkhana, shooting and gymnastics.

Islamic Games will be broadcasted on 4 continents; it is projected that it will be watched by 1.3 billion people.