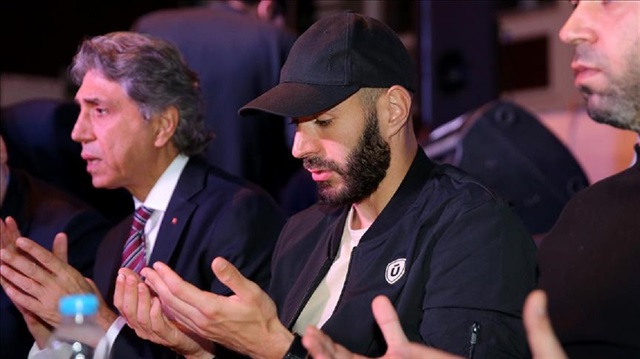 Benzema, a professional footballer who plays for Spain's Real Madrid and the France national team as a striker, had his fast-breaking iftar dinner with African footballers living in the city's Fatih neighborhood.

Fatih Mayor Mustafa Demir was among the participants in the iftar program, organized by the municipality.

The street iftar programs are organized by local government authorities in many region of Turkey, mainly in Istanbul, to bring together local residents in the same place during the Muslim holy month of Ramadan.

Benzema also visited the Fatih Municipality headquarters before the iftar program. Then he met Zekeriya Akgul, an amateur footballer who was paralyzed in a car accident nine years ago.