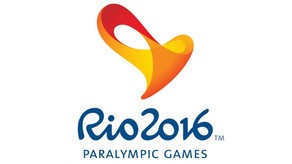 7 Azerbaijani athletes will fight on the first day of the competition.

Firstly two judokas will have a match. Ramin Ibrahimov, 60 kg, will fight against Argentine judoka Eduardo Gauto at 1/8 finals. Bayram Musatafayev, fighting at 66 kg weight category will join the competition at 1/4 finals. He will meet with a winner of Miguel Vieira (Portugal) - Halyson Oliveira Boto (Brazil) pair. The match will start at 17:00 Baku time.

Moreover, 3 Azerbaijani athletes will fight at the competition. Elchin Muradov will will try to get ahead of competitors in the long jump. This contest will begin at 17:25. Elmir Jabrayilov will took part in men's 400-meter at 17:56 Baku time and Elena Cebanu in women's 100-meter a minute later.

Two Azerbaijani paralympians will participate at the swimming competition. Dmitry Saley and Raman Saley claim a win at 100 meters butterfly swimming. The competition will start at 18:16.

Notably, Azerbaijan has won 41 licences for Rio 2016 Paralympics, represented by 24 athletes at 6 sports. The games will end on September 18.