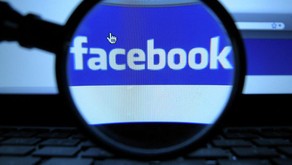 Facebook has formed a team to create social interactions in virtual reality.

The team will work with Oculus and others at Facebook to explore how people can connect using today's virtual-reality technology "as well as long-term possibilities," the social media giant said Sunday.

Virtual reality is a major initiative inside Facebook. CEO Mark Zuckerberg, who made a surprise appearance Sunday at Samsung's Mobile World Congress press conference to promote VR, believes virtual reality is the next major computing platform after mobile devices to bring together family and friends on the other side of the country or the world.

“Pretty soon we’re going to live in a world where everyone has the power to share and experience whole scenes as if you’re just there, right there in person,” Zuckerberg said Sunday.

Zuckerberg made a $2 billion bet on virtual-reality headset maker Oculus Rift in March 2014. His theory: Lightweight virtual or augmented reality glasses that can transport us into virtual worlds or project virtual objects onto the real world will one day be as common as smartphones.

Facebook says it has to solve hardware and software challenges, but "we're encouraged by our progress to date, and we're excited to continue building VR technology that gives people new ways to connect and share."