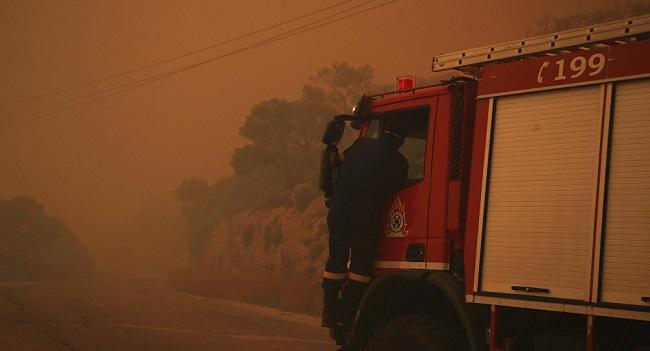 A number of residents have been evacuated from nearby villages, and over a hundred firefighters and 28 vehicles were battling the blaze, according to Greece's fire service's Twitter account.

Axar.az reports citing Press Tv that Greece has bitter memories of a horrific blaze that tore through the seaside town of Mati near Athens on July 2018, killing 102 people in a matter of hours. Authorities were accused then of poor coordination and slow response. Greece often faces wildfires during its dry summer months, but environmental campaigners see an increasing number of wildfires around the world as a symptom of climate change.