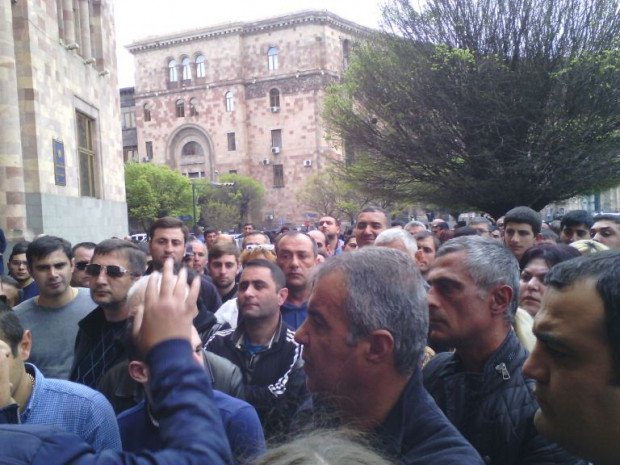 Clashes broke out between members of the Veto movement demanding the resignation of Armenian Prime Minister Nikol Pashinyan and police.

Axar.az reports that the action took place near the government building in Yerevan.

One of the women protesters was injured in the leg during the clash.

Activists threw eggs at the government building and police officers. Later, the women wrote "traitor" in Russian on the asphalt with red paint.

It should be noted that the number of activists detained by the police is not clear.