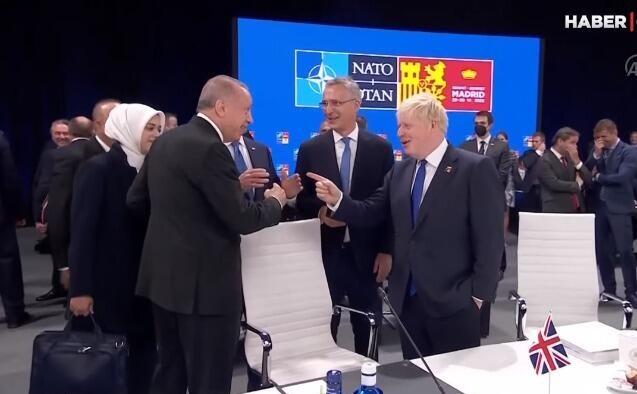 The NATO summit has kicked off in the Spanish capital, Madrid. The summit will bring together heads of state and government of 30 allied countries, as well as other key partners of the alliance.

The dialogue between Erdogan and Johnson in Turkish did not escape the cameras. During the conversation, Boris Johnson called the Turkish leader "very nice" in Turkish. Erdogan, in turn, reiterated that "very nice."