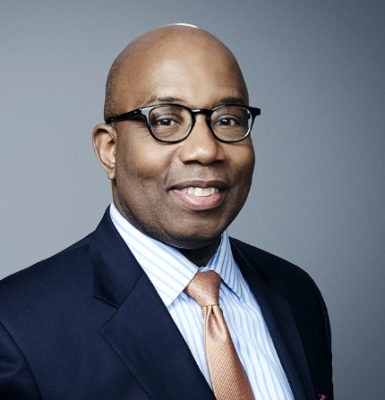 In the course of attacking Donald Trump on the campaign trail Thursday, first lady Michelle Obama created a watershed moment in the national conversation about gender equality -- one with effects that will surely last long after the votes are counted on November 8.

The speech will be remembered for its powerful condemnation of the abuse and harassment that women endure on streets and in the workplace -- in a speech delivered, fittingly, almost exactly 25 years from the date another talented black attorney, Anita Hill, testified to the Senate Judiciary Committee about having been harassed by Clarence Thomas, who had been nominated for the Supreme Court.

"This is not normal. This is not politics as usual," Michelle Obama said, her voice breaking with emotion. "This is disgraceful. It is intolerable. And it doesn't matter what party you belong to -- Democrat, Republican, independent -- no woman deserves to be treated this way. None of us deserves this kind of abuse." She implored the crowd to "stop this madness" by voting for Hillary Clinton.

Madness is an apt term for the torrent of insults, lies, conspiracy theories and hopeless rage that Trump bellows from every podium as his campaign implodes.

But Obama went beyond the politics of the moment. "I know it's a campaign, but this isn't about politics. It's about basic human decency. It's about right and wrong," she said. "And we simply cannot endure this, or expose our children to this any longer -- not for another minute, and let alone for four years. Now is the time for all of us to stand up and say enough is enough."

Something similar happened in 1991, when Hill, a law professor, told a panel of white, male senators about allegedly being subjected to lewd comments and behavior by Thomas -- only to encounter hostile, skeptical questioning. Hill endured the ordeal with grace... and Thomas got confirmed. But the nation was never the same.

The spectacle of disbelieving male senators badgering Hill galvanized the country. Congress swiftly passed a law making it easier for women to sue for damages in harassment cases, and the 1992 elections saw 24 women elected to Congress and four to the Senate -- including the first-ever black woman senator, Carol Moseley-Braun, one of several freshman lawmakers who cited the Hill hearings as their inspiration for running.

Women everywhere became less reluctant to speak up about harassment: in the year after Hill testified, the federal Equal Employment Opportunity Commission, which tracks claims of sexual harassment, got 10,578 such complaints -- a 72% increase from the 6,126 received the year before Hill testified.

Fast-forward 25 years. In an op-ed in the Boston Globe, Hill reflected on Trump's coarse and vulgar taped remarks and concluded: "Trump's language, which he and others have tried to minimize as "locker room banter," is predatory and hostile. To excuse it as that or as youthful indiscretion or overzealous romantic interest normalizes male sexual violence."

It's safe to predict that in the months and years to come, young girls and women leaders in politics, business, science and the arts will cite Michelle Obama's speech as a touchstone that inspired them to reject abuse and demand respect. That will rank among the best outcomes of a campaign that has been petty, disappointing and increasingly bitter.