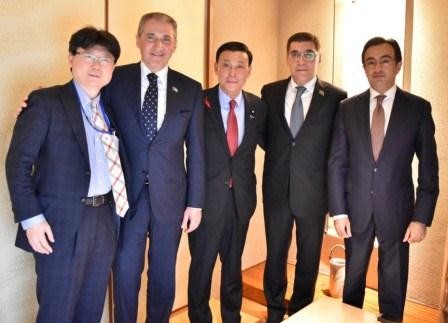 Member of the Parliament, Head of Azerbaijani-Japanese Inter-Parliamentary Friendship Group Mukhtar Babayev, MP Kamran Nabizade have paid a visit to Japan to discuss prospects of cooperation between the two countries.

The Azerbaijani MPs highlighted the achievements gained under the leadership of President Ilham Aliyev in the country.

They discussed Azerbaijani-Japanese bilateral ties, and stressed the importance of boosting cooperation in the fields of energy, economy, tourism, agriculture, communications, information technologies, education and culture.

The Azerbaijani delegation also provided an insight into the current state over the settlement of the Armenia-Azerbaijan, Nagorno-Karabakh conflict.