Obama to ask Greece to close its ports for Russia 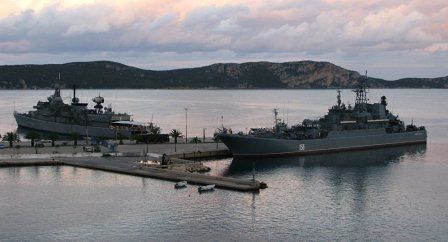 US President Barack Obama, whose presidency will end on January 20 next year, plans to ask Greek Prime Minister Alexis Tsipras to close Greek ports for Russian warships. It is expected that this request will be discussed during the forthcoming visit of Obama to Greece.

According to Militaire.gr, Obama will directly point out that Greece is a member of NATO and, therefore, it would be inappropriate for it to support Russian navy until Crimea will be retuned to Ukraine and Moscow will stop supporting Syrian President Bashar Assad.