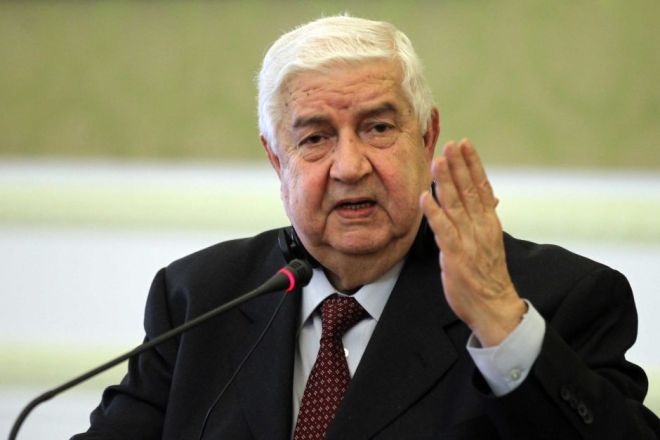 Syrian authorities completely reject the idea of self-administration in the eastern districts of the country's northern city of Aleppo, because it would undermine Syria's national sovereignty, Syrian Foreign Minister Walid Muallem said Sunday.

"This idea has been completely rejected. This would be a violation of our national sovereignty," Muallem told reporters after the negotiations with UN Special Envoy for Syria Staffan de Mistura, speaking about the possibility of self-administration in the areas of eastern Aleppo held by militants.