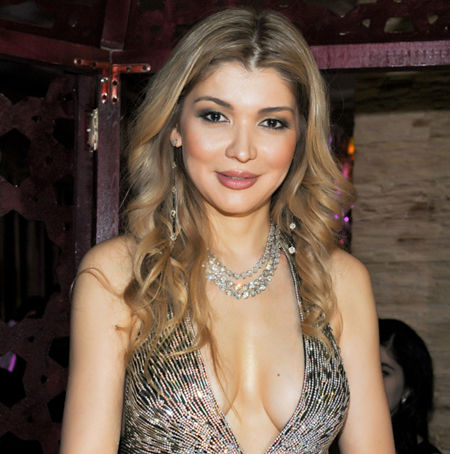 Son of Gulnara Karimova Islam Karimov said the reports about the alleged death of his mother are "just rumours".

Axar.az reports referring to BBC UZbek that, Islam told BBC's Uzbek service in an interview on November 23 that his mother "is alive and she is still under a home arrest."

Islam said his sister Iman Karimova has been released from the home arrest, but she still can't leave the country.

The General Prosecutor's Office of Uzbekistan earlier reported that Gulnara Karimova was being held "in isolation" at home with her 18-year-old daughter, Iman.

The rumour about the death of Gulnara Karimova was first published on the Centre1.com website on November 22 citing "an unnamed employee of the National Security Service of Uzbekistan."

A "source" said that 44-year-old Gulnara Karimova was poisoned and died on November 5. "She was buried in an unmarked grave in Tashkent," it said.

However, information was later rejected by other "sources" of a number of Russian media.

The first president of Uzbekistan, Islam Karimov, died of a stroke at the age of 78. Prime Minister Shavkat Mirziyoyev was appointed as interim president.