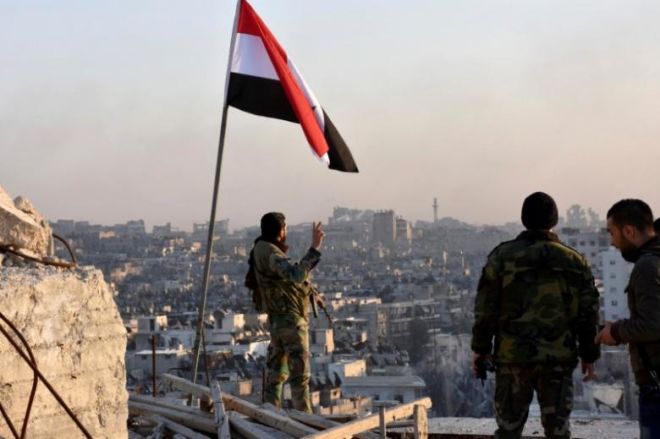 When rebel fighters launched a last desperate attempt to break the siege of Aleppo in October, they were beaten back - not by the Syrian army but by the Lebanese Shi'ite group Hezbollah fighting on its behalf, a senior official in the pro-government alliance said.

Axar.az informs, in the build-up to the final battle for Syria's second city, scores of fighters from a single Iraqi Shi'ite militia were killed in just two days of combat this summer, said a commander of another group fighting for President Bashar al-Assad.

Even in the last hours of fighting in Aleppo, allied Iraqi militia were at the vanguard. The U.N. human rights office said it had reports that the Syrian army and an allied Iraqi militia had killed at least 82 civilians in captured city districts - allegations denied by the army and militia in question.

These episodes show how in the decisive battle of Syria's nearly six-year-old civil war, Assad drew heavily on foreign Shi'ite militias sponsored by Iran for his most important victory to date. Rebel sources say that among fighters taken prisoner by insurgents in the last months of Assad's campaign to retake Aleppo, there was not a single Syrian soldier.