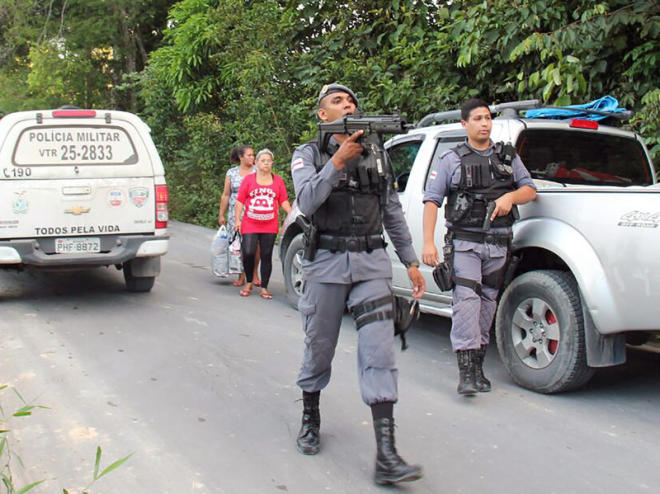 Brazil's government is relocating gang bosses tied to a weekend prison riot that left 56 inmates dead and is the country's deadliest in nearly 25 years.

The inmates believed to be responsible for a riot in the Anisio Jobim Penitentiary Complex in Manaus will be transferred to high-security institutions as they await prosecution for the 17-hour standoff, The Associated Press reports.

During a press conference Tuesday, a day after the riot ended, Amazonas state Gov. Jose Melo told reporters that the transfers were likely to affect the regional Family of the North gang and Sao Paulo-based First Command, which news reports say is one of Brazil's biggest criminal organizations. An intergang rivalry is believed to have incited the riot.

"They are fighting for space outside the prisons, and this time it was inside the penitentiary," Melo told reporters.

The BBC reports that "six headless bodies were thrown over the perimeter fence of the prison" and that when the inmates finally surrendered early Monday, they released 12 guards who had been taken hostage.

The Anisio Jobim riot is the deadliest to hit Brazil since a riot left at least 111 dead in a Sao Paulo prison in 1992.

Aside from the inmate transfers, the AP reports, the federal government is sending $17 million to help forensic teams identify bodies of inmates who had been beheaded or burned beyond recognition during the riot.

Dozens of inmates escaped Anisio Jobim during the violence. Police are searching for them, as well as for inmates who fled during riots at three other prisons in Amazonas state on Sunday and Monday. A total of 184 prisoners escaped, and only 48 had been recaptured as of Tuesday afternoon, the AP reports.

Brazil currently has the world's fourth-largest prison population, at more than 600,000 inmates. The Anisio Jobim prison was at more than three times its capacity at the time of the riot, according to news reports.