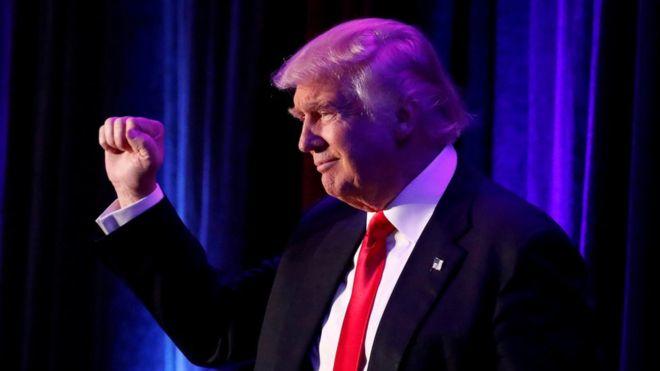 Donald Trump says Democrats have shown "gross negligence" by allowing their servers to be hacked in the run-up to the 8 November presidential election.

Axar.az reports that, the US president-elect made the comments after a US intelligence report said Russian President Vladimir Putin had "sought to help Donald Trump win".

Mr Trump has stopped short of accusing Russia of interfering, saying only that the election outcome was not affected.

Moscow has not commented, but Russia has previously denied the claims.
Following the report's findings, the US Department of Homeland Security announced that voting machines and other election databases would be classified as "critical infrastructure" and given more protection from cyber-attacks.
'
Emphasising that the election outcome was not affected, Mr Trump added on Saturday: "Only reason the hacking of the poorly defended DNC is discussed is that the loss by the Dems was so big that they are totally embarrassed!"