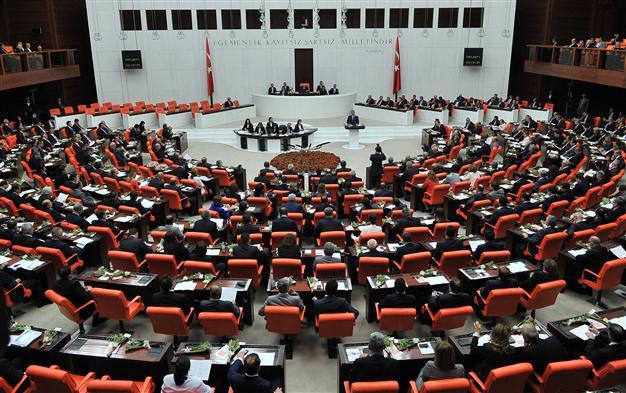 Turkey’s parliament is set to commence two-stage discussions on government-drafted constitutional amendments on Jan. 9 that are set to usher in a major change in the country’s governance system for an executive presidency despite oppositional concerns that it will lead to authoritarian rule.

While the ruling Justice and Development Party (AKP) plans to finish the discussions on the 18-article constitutional proposal in the general assembly in six days, the main opposition Republican People’s Party (CHP), which opposes the proposal, is planning to block the talks.

The CHP’s decision came after meetings held with the AKP about the procedure regarding the discussions to be taken in parliament. The two parties failed to agree on the procedure for the three-day meetings.
The CHP’s request to extend the duration of the lawmakers’ speeches on the items was rejected.

However, a previous request by the CHP to broadcast the discussions on Parliament TV on the state broadcaster was accepted by Prime Minister Binali Yıldırım, despite opposition from the AKP administration.