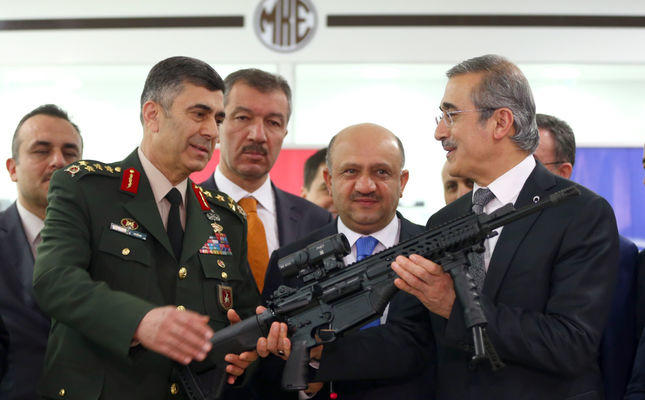 In a small city east of the capital Ankara, the country's defense minister joined workers in overalls and commanders of the army yesterday for a small-scale ceremony that was actually for a landmark project.

Axar.az reports that, the first batch of the MPT-76 - the National Infantry Rifle - the country's first locally made rifle for the army, was delivered to the Turkish Armed Forces (TSK) at the factory where they are manufactured.

Some 500 rifles were delivered to the army, and more will be delivered in the near future as Turkey strives to decrease its dependence on foreign contractors for weapons production and boost and update its arsenal in its anti-terror struggle.