At least 19 dead as boat capsizes in India 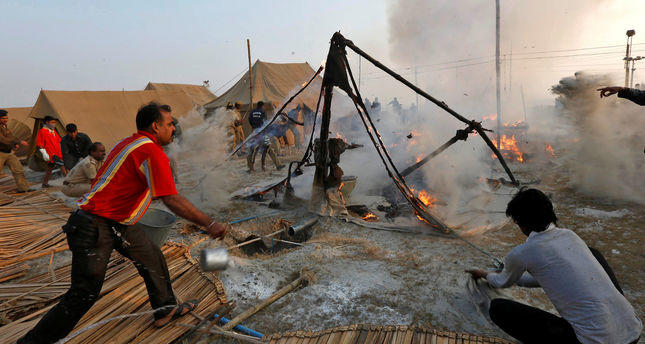 At least 23 people died Saturday after a boat carrying some 40 revellers returning from a kite festival capsized in the Ganges river in eastern India, police said.

Axar.az reports that, "We can confirm that 19 people have died. Rescue operations are on to find those still missing," Manu Maharaj, senior police superintendent, told.

TV footage showed emergency workers searching for survivors in the waters as anxious family members waited on the shore.

The victims were travelling to take part in a Hindu religious festival near Patna, the capital of Bihar state.

Local media said the boat was packed beyond capacity with revellers attending the annual celebration organised by the state government.

State Chief Minister Nitish Kumar has ordered an inquiry into the accident.

The incident occurred near the city of Patna in the state of Bihar where a kite flying festival took place, the Hindustan Times reported. There were at least 50 people on board of the boat that was designed to carry 25 persons. Rescue services managed to save seven people. The search and rescue operation continues.