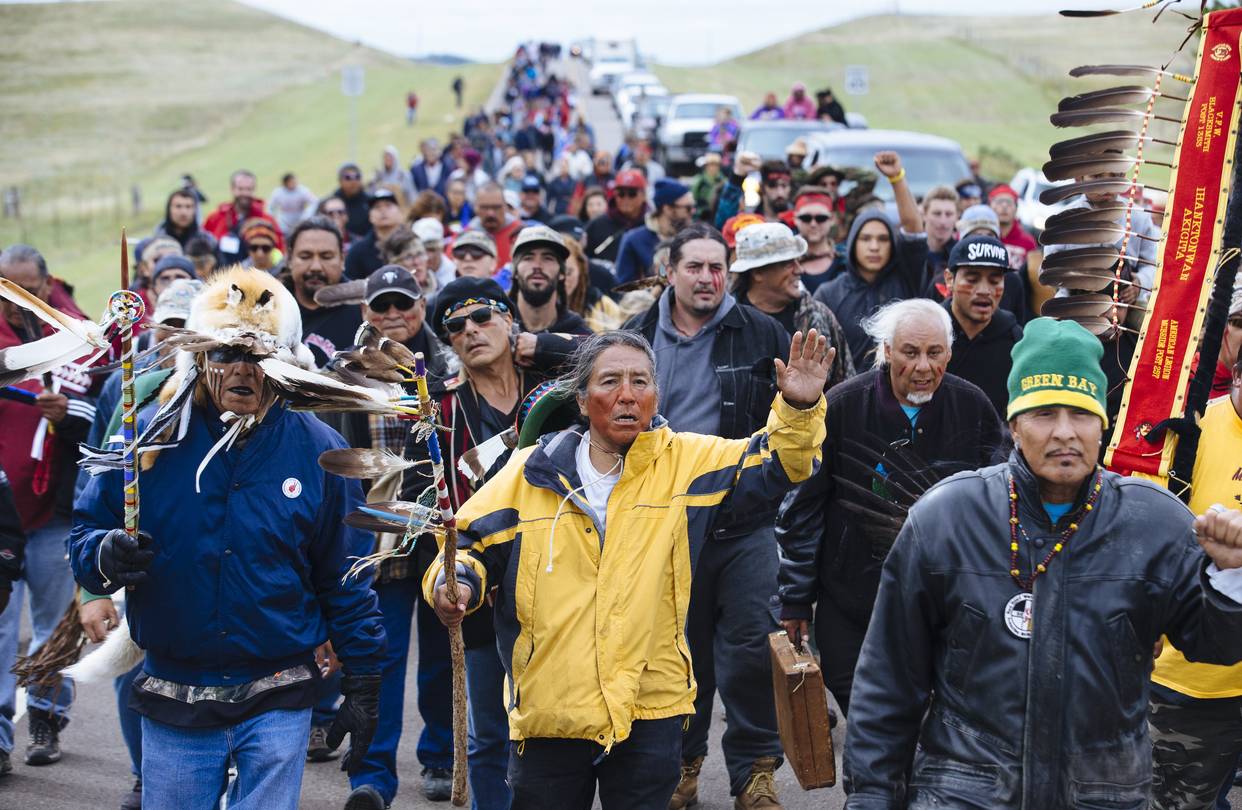 Native Americans and their supporters have staged a rally in Washington, DC to denounce the controversial Dakota Access Pipeline that cuts through tribal lands.

Axar.az reports on Friday, the protesters marched towards the White House, chanting slogans such as “water is life”. Native Americans said the pipeline desecrates tribal lands and poses a threat to environment.

Led by the Standing Rock Sioux, more than 100 Native American tribes have warned that the four-state pipeline would destroy their sacred sites and contaminate their water resources.

In February, the Army Corps said it would allow the final 1.5 miles of the more than 1170-mile (1,885-km) pipeline to go under the Missouri River north of a drinking water reservation used by Native Americans. The Dakota Access Pipeline will transfer crude oil from North Dakota to southern Illinois.

North Dakota’s Republican Governor Doug Burgum and the US Army Corps of Engineers had ordered the protesters to evacuate Oceti Sakowin, which is located on Army Corps land in Cannon Ball, late February.

Upon leaving, some protesters set fire to a number of tents and buildings that Native Americans and activists had used during their months-long protest against the controversial pipeline.