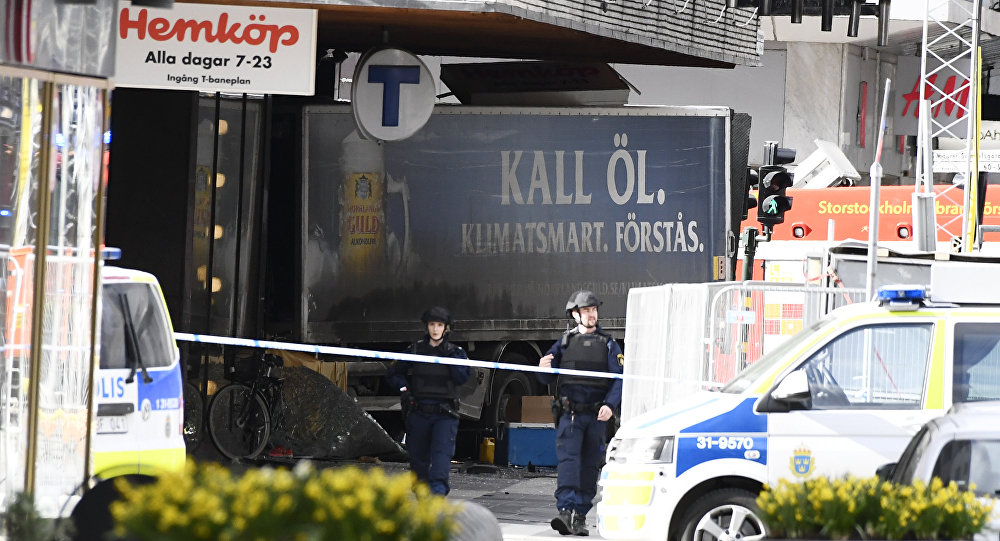 A Swedish police chief said that the suspect in the truck attack is a 39-year-old Uzbekistan national.

Axar.az reports that on Friday, the truck crashed into a crowd of pedestrians in the center of Stockholm. Swedish Prime Minister Stefan Lofven called the incident a terrorist attack.

So far, police arrested two men on suspicion of being involved in the deadly attack. The first suspect is a 39-year-old Uzbek national living in Sweden. The man had reportedly posted propaganda related to Daesh terrorist group, banned in a range of countries, including Russia, on his Facebook page.