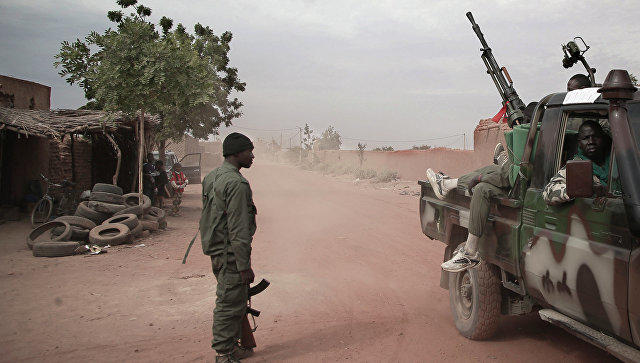 Unidentified militants killed seven Malian soldiers in the north at the weekend, the defense ministry said on Monday, days after the West African country extended a state of emergency.

Axar.az reports citing to Reuters the strike is the second on Malian security forces in a week, bringing the total death toll to at least 15.

Militants used a car to ram an army post in the village of Almoustrat on Sunday, about 120 kilometers (75 miles) north of Gao, before firing rockets, the defense ministry said on state TV.

Desert fighters have regrouped since a French-led military operation in 2013 to drive them out of Mali's northern towns which they seized the year before.

Despite ongoing French strikes on their hideouts, they have staged a series of attacks in recent months, including a suicide bombing at an army base in January which killed at least 77 people.