Funeral cortege led by tractor for farmer dead in crash 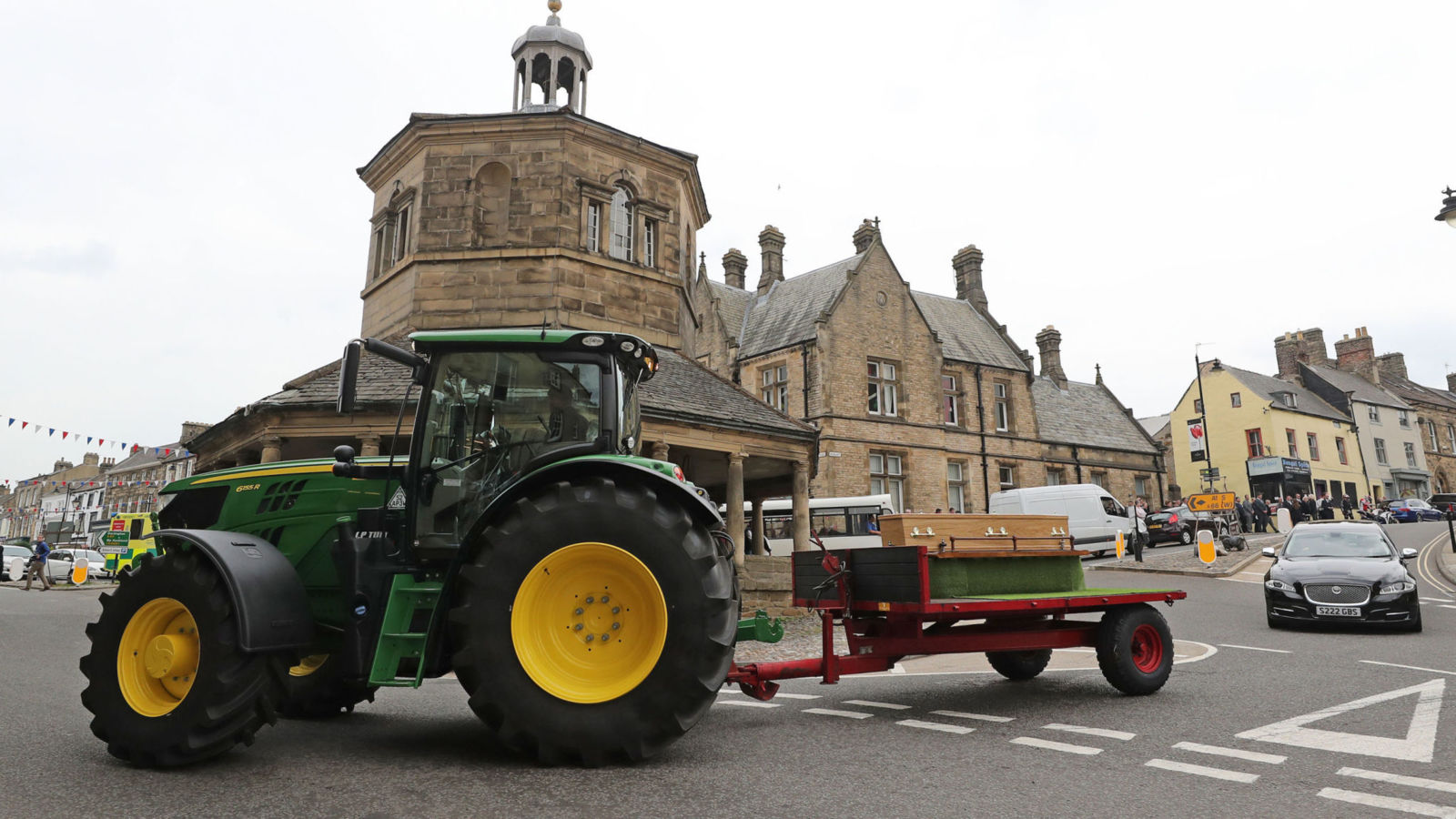 The body of a farmer who died in a motocross crash has been carried to his funeral by a tractor followed by dozens of bikers.

His funeral was held at St Mary's Church in Barnard Castle, where the cortege brought the town centre to a standstill.

Mr Brown was a popular member of the motocross community and riders revved their engines as his coffin was taken to the church on a trailer.

A toy digger was also laid beside the coffin.

Durham Police said Mr Brown, who worked on his family's farm, was not taking part in a race at the time of the crash.

In a separate incident on the same day, a female rider was airlifted to hospital following a crash.

A collection was made in aid of the Great North Air Ambulance following the funeral.