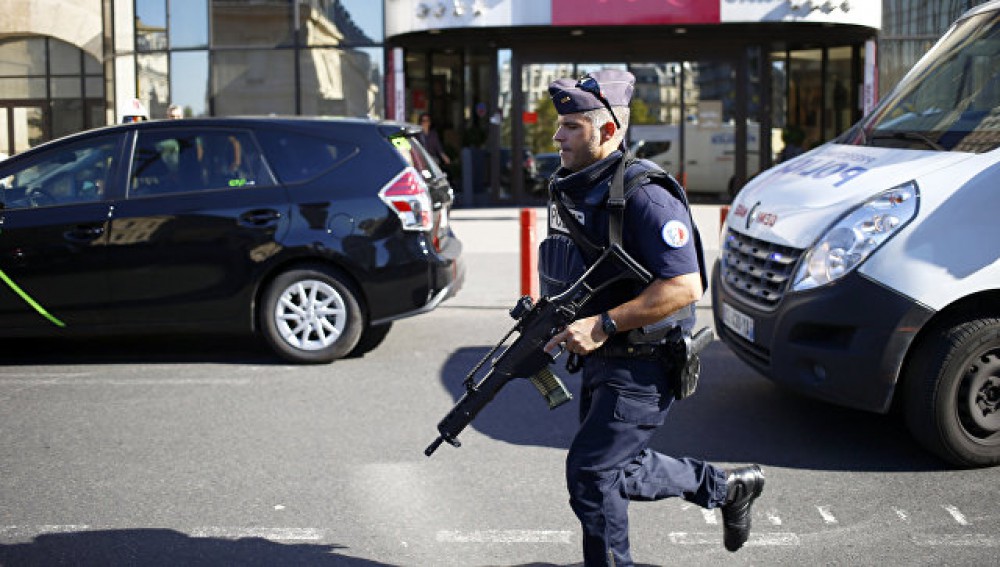 Police in Paris have asked members of the public to stay away from Notre Dame Cathedral during an ongoing incident.

There were unconfirmed reports that a man had been shot after attempting to attack a police officer.

The man attacked an officer with a hammer before one of his colleagues opened fire and "neutralised" him, French media reported.

David Rahul Métreau, a journalist who was outside the famed cathedral at the time, said crowds fled the square as gunshots rang out.

The suspected attacker was injured and there was no immediate confirmation of his condition.

Up to 2,000 tourists and passers-by have been locked inside the famous cathedral as the operation continues.

The incident comes months after a man shouting "Allahu akbar" was shot as he tried to kill a French soldier with a machete outside Le Louvre.

France remains under a state of emergency that has been repeatedly extended in the wake of the Charlie Hebdo massacre, Paris attacks, Nice attack and series of murders by Isis supporters.

The atrocities have killed around 240 people in France since the start of 2015.

Isis has also claimed responsibility for the London Bridge attack on Saturday night, where three men rammed a van into pedestrians before stabbing passers-by at pubs and bars.

The group has called for supporters around the world to carry out intensified terror attacks during the Islamic holy month of Ramadan, as it seeks to maintain momentum while losing territory in Syria and Iraq.