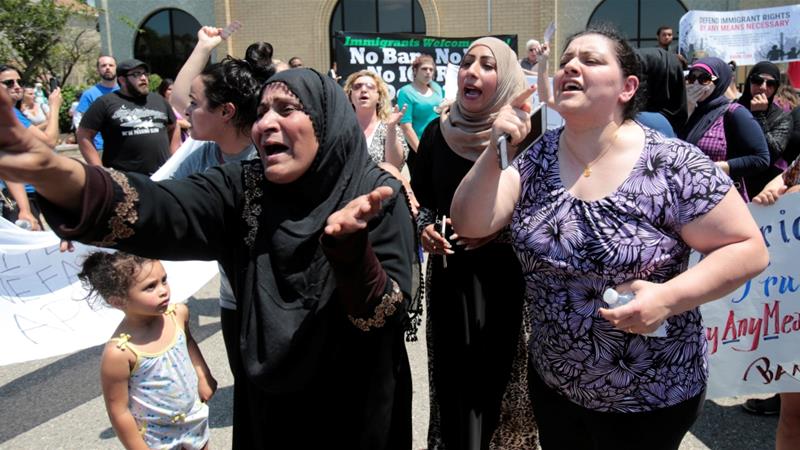 Almost 200 Iraqi immigrants in the Metro Detroit area have been arrested by the US Immigration officials in the last three months after Iraq agreed to accept deportees as part of a deal removing it from President Donald Trump's travel ban, officials said.

Over the weekend, 114 Iraqi nationals were arrested in the Detroit area while 85 have been detained throughout the rest of the country over the past several weeks, Gillian Christensen, a US Immigration and Customs Enforcement (ICE) spokesperson, said in a statement.

"The overwhelming majority of those arrested had criminal convictions for crimes including murder, rape, assault, kidnapping, burglary, drug trafficking, weapons violations and other offences," Christensen said.

Previously, the Iraqi government had refused to accept nationals with criminal records that the US wanted to deport.

Since March 12, under an agreement with Iraq, eight Iraqi nationals living in the US were sent back.

Dozens of Iraqi Chaldean Catholics in the city of Detroit were among those targeted in the immigration sweeps. Kurdish Iraqis were also picked up in Nashville, Tennessee, attorneys, activists and family members told Reuters news agency.

Immigration attorneys and family members said some fear they will be killed if sent back to Iraq.

Chaldeans are indigenous Iraqis affiliated with the Roman Catholic Church and mainly based in northern Iraq for centuries. They began migrating to the Detroit area in the 1920s, searching for better economic opportunties and religious freedom.

According to the Chaldean Community Foundation, an estimated 200,000 Chaldeans live in the US.

Iraq had previously been considered a "recalcitrant" country, along with China, Afghanistan, Iran Somalia and others that refused to cooperate with ICE’s efforts to remove nationals from the US, according to ICE.
According to immigration attorneys and local activists, some of those arrested arrived in the US as children and had already served their sentence for the crimes they committed.

They had been given an effective reprieve from deportation because Iraq would not take them back.

"I understand these are criminals, but they paid their dues," said Eman Jajonie-Daman, an immigration attorney in Detroit who had been receiving frantic phone calls from clients’ families over the weekend.

"But we cannot send them back to die."

An Iraqi official said its diplomatic and consular missions would coordinate with US authorities to issue travel documents for the deportees when they can be proven "to be Iraqi" based on records and investigation.