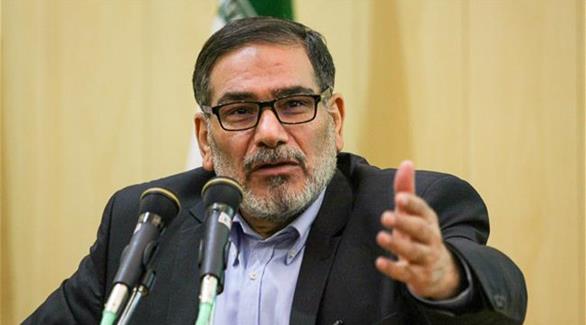 A senior Iranian official has condemned the recent “illegal” measure by the US Senate to approve new sanctions against Iran, saying the Parliament of the Islamic Republic would take “necessary measures” in this regard.

Axar.az reports citing Press TV.
Secretary of Iran’s Supreme National Security Council (SNSC) Ali Shamkhani said on Sunday that such US measures were a “hostile and illegal” move against the Islamic Republic regardless of their legal relationship with the nuclear agreement, known as the Joint Comprehensive Plan of Action (JCPOA), between Iran and the P5+1 group of countries.
He added that the Iranian committee tasked with monitoring the JCPOA implementation has closely examined the US Senate’s bill and made necessary decisions to carry out reciprocal measures in response to it.
The Iranian security official emphasized that the continuation of an unconstructive approach by the US administrations toward Iran shows that the American leaders are “seeking pretexts to increase tensions and instability in the region regardless of established international norms.”
The US Senate on Thursday overwhelmingly passed a bill imposing sanctions on Iran over its missile program among other things.
The legislation still must pass the Republican-led House of Representatives and be signed by President Donald Trump to become law.
Under the JCPOA signed between Iran and the five permanent members of the United Nations Security Council - the United States, France, Britain, Russia and China - plus Germany, Iran undertook to put limitations on its nuclear program in exchange for the removal of nuclear-related sanctions imposed against Tehran.
Washington has so far imposed two rounds of sanctions on Iran under the new US administration over the country’s missile program.
'US state secretary remarks modern barbarism'
Shamkhani further said US Secretary of State Rex Tillerson’s recent “hostile” remarks against Iran were an example of modern barbarism.
“Unfortunately, some individuals and countries in the region and in the international scene currently speaking about stability and security are themselves the root and result of insecurity, acts of evil and escalation of terrorism,” the SNSC secretary added.
He emphasized that Washington's extremist politicians and Daesh are two sides of the same coin and said they both have a common goal and seek to negatively affect Iran’s internal atmosphere through various means.
The US secretary of state told House Foreign Relations Committee on June 14 that the Iranian government “continues activities and interventions that destabilize the Middle East.” He added that Washington’s policy towards Iran is based on support of internal forces who can bring about peaceful change.