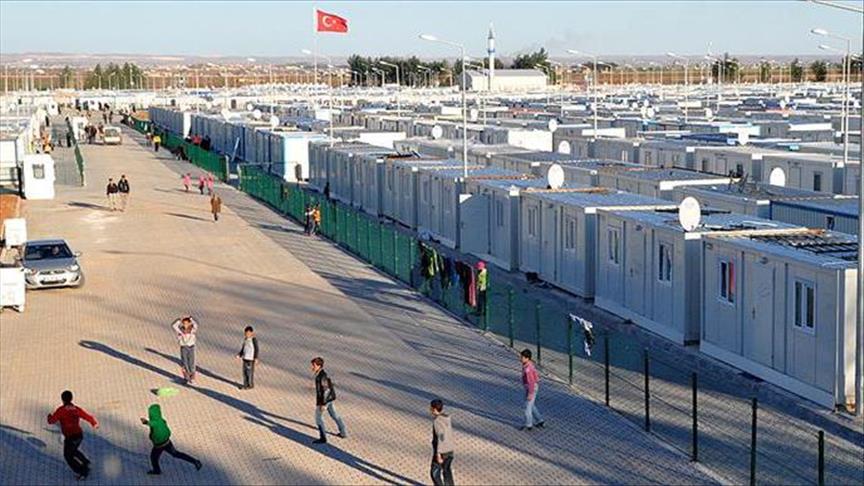 A group of international journalists visited on Friday a Syrian refugee camp in Turkey, a country that hosts more than 3 million refugees.

A total of 60 journalists from 32 countries are visiting Turkey in the sponsorship of Turkey's Directorate General of Press and Information (BYEGM) and Disaster and Emergency Management Authority (AFAD).

Speaking to reporters ahead of the camp visit in Turkey’s southern province of Osmaniye, the AFAD’s provincial director Serhat Bulut said that there were 3,352 containers, a school, a health center, a mosque, playgrounds, sports areas and libraries at the camp.

When one of the journalists asked about if Turkey closed its borders, AFAD head Mehmet Halis Bilden said: “We did not close our door to anyone but we all have a door.

“We cannot take anyone unrestrainedly without an accreditation from here. This is the mentality of our doors,” Bilden said.

“We do not close our doors as long as our centers have proper capacity,” he added.

When asked if the Syrian refugees would be given Turkish citizenships, Bilden said: “As [Turkish] state, we continue to work on this issue. When the work is over, it will be shared with the public.”

Journalists firstly visited a school in the camp and chatted with the children there. After visiting a health center and a supermarket, the journalists left the camp.

Turkey has the largest refugee population in the world and is currently home to more than 3 million Syrians, according to official data.

That figure accounts for approximately 45 percent of all Syrian refugees in the region, the UN said.