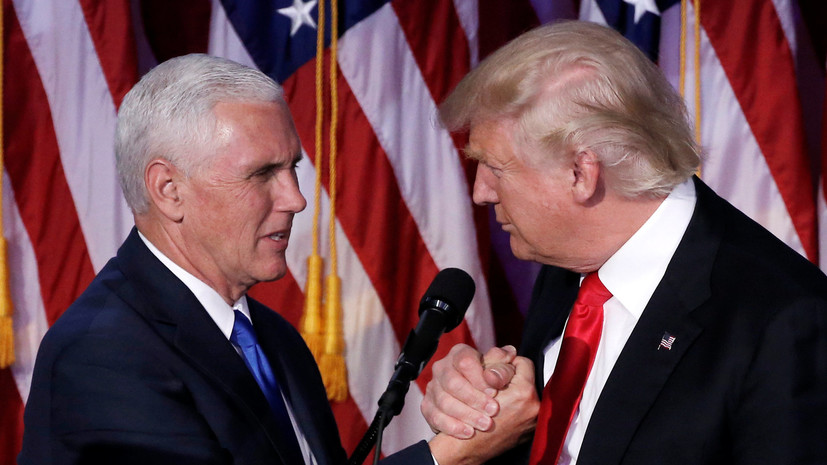 US Vice President Mike Pence has denounced a rumor about his plans for a presidential bid in 2020, calling it another attempt by “fake news” media to sow division among Americans.

On Saturday, The New York Times reported that Pence and other major Republican figures were already putting together their presidential campaigns amid growing doubts about Trump’s future in office.

The report specifically named Pence as a potential contender, citing an unusually busy schedule that has cemented “his status as Mr. Trump’s heir apparent.”

“Today's article in the New York Times is disgraceful and offensive to me, my family, and our entire team,” Pence said in a statement on Saturday night. “The allegations in this article are categorically false and represent just the latest attempt by the media to divide this Administration.”

Calling the suggestions “laughable and absurd,” Pence noted that his entire team was devoted “to advance the President's agenda and see him re-elected in 2020.”

In its report, the Times alleged that Pence had already created his own political fund-raising committee, Great America Committee, despite warnings from Republicans that it would raise questions about his true intentions.

The report also pointed to Pence’s hiring of Nicke Ayers as his new chief of staff as another indication. It argued that the move was a “striking departure” from VPs’ “long history of elevating a government veteran to be their top staff member.”

The report also quoted Republican Representative Charlie Dent as saying that there were “ideological” and “stylistic” reason that Pence is a better candidate for 2020, given the “exhausting” amount of “instability, chaos and dysfunction” that surrounded Trump.

The daily admitted in its report, however, that Pence has been loyal to Trump both publicly and in private and “has made no overt efforts to separate himself from the beleaguered president.”

Pence’s meetings with donors as well as political activists, where he “lays on the charm,” were things that had led the Times to the conclusion.