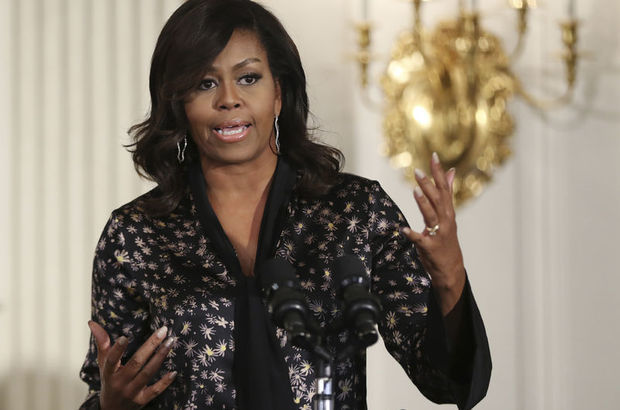 Michelle Obama was the First Lady of the United States for eight years, making her an expert on proper etiquette for public figures. At The Obama Foundation Summit in Chicago Wednesday, Obama spoke about the power of sharing your voice with what appeared to be remarks targeting one person in particular.

“When you have a voice, you just can’t use it any kind of way,” she said in a sit-down chat with poet Elizabeth Alexander, Axar.az reports citing ELLE.

“You don’t just say what’s on your mind. You don’t tweet every thought," she said.

Her comments sent the audience into an uproar of laughter because of the obvious shade thrown in President Donald Trump's direction (or the “Tweeter-in-Chief” as CNN calls him).

However, moments later, Obama added just one more jab.“You need to think and spell it right and have good grammar, too," she said with a laugh.

Trump has infamously flubbed spelling on social media on several occasions, like that one time he tweeted, "Despite the constant negative press covfefe." The jury is still out on what he meant by that.

The former FLOTUS then focused on giving advice to young men, instead of the president by recognizing that sometimes in American households there can be disparities in how women choose to raise boys versus girls.

“We raise [our girls] to be strong, and sometimes we take care not to hurt men,” she said. “And I think we pay for that a little bit.”

“It’s powerful to have strong men, but what does that strength mean? Does it mean respect? Does it mean responsibility? Does it mean compassion? Or are we protecting our men too much so they feel a little entitled, and a little self-righteous sometimes?” she asked the audience. “But that’s on us, too, as women and mothers as we nurture men and push girls to be perfect.

Obama then encouraged men to become friends with other men who would not be afraid to call them out when they're wrong. “We straighten each other out on some things–our girlfriends…Talk about why y’all are the way y’all are.” Preach.