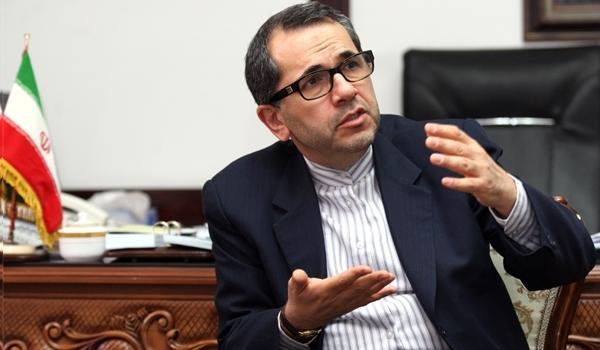 Iranian Deputy Foreign Minister Majid Takht-Ravanchi said Tuesday that Tehran will not leave the nuclear agreement first, but preparing itself for every scenario.

Axar.az reports that in July 2015, the historic solution to the years-long Iranian nuclear issue was achieve in Vienna when when the European Union, Iran and the P5+1 group of nations comprising the United States, Russia, China, France and the United Kingdom plus Germany signed so-called nuclear deal that stipulated a gradual lifting of sanctions imposed on Iran in exchange for guarantees of peaceful nature of Iran's nuclear program.

However, on October 13, 2017 US President Donald Trump said his administration had decided to decertify Iran's compliance with the JCPOA, but had not challenged Iran's compliance with the deal at the international level. The US leader also ordered the Treasury Department to impose new sanctions against Iran's Islamic Revolutionary Guard Corps (IRGC) for its alleged assistance to terrorist groups.