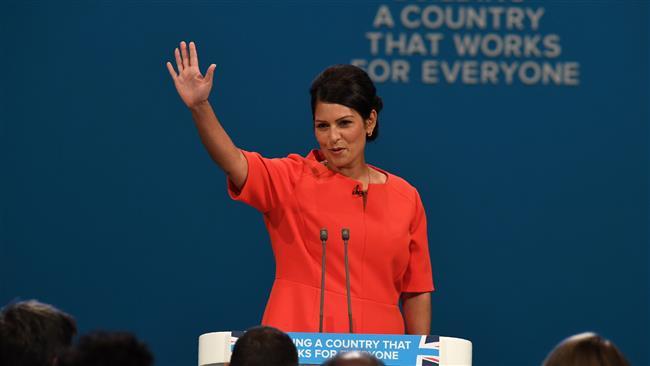 British Prime Minister Theresa May has summoned her International Development Secretary Priti Patel back from a trip to Africa following a scandal over unauthorized meetings in Israel, prompting speculation she will be the second minister in a week to be fired.

Axar.az reports citing Press TV that Patel’s trip was cut short when she revealed two more previously undisclosed meetings with Israeli politicians, amid reports that she also breached protocol by visiting Syria’s Golan Heights, which have been occupied by Israel since 1967.

Patel has been under pressure to quit her post after failing to come clean with May over 12 other meetings she had held with senior Israeli figures, including Prime Minister Benjamin Netanyahu.

On Wednesday, The Sun newspaper reported that she had also failed to disclose that she had met the director general of Israel’s foreign ministry, Yuval Rotem, in New York.

The main opposition Labour Party has demanded an investigation into whether Patel's behaviour breached the ministerial code.

Patel reportedly told May that she discussed the possibility of British aid being used to support an Israeli military field hospital in the Israeli-occupied Golan Heights, which has purportedly facilitated the treatment of Syrian refugees.

If sacked, Patel would become the second minister to leave May's government in a week, after former Defense Secretary Michael Fallon quit on November 1 in a scandal over sexual harassment that has rocked parliament.