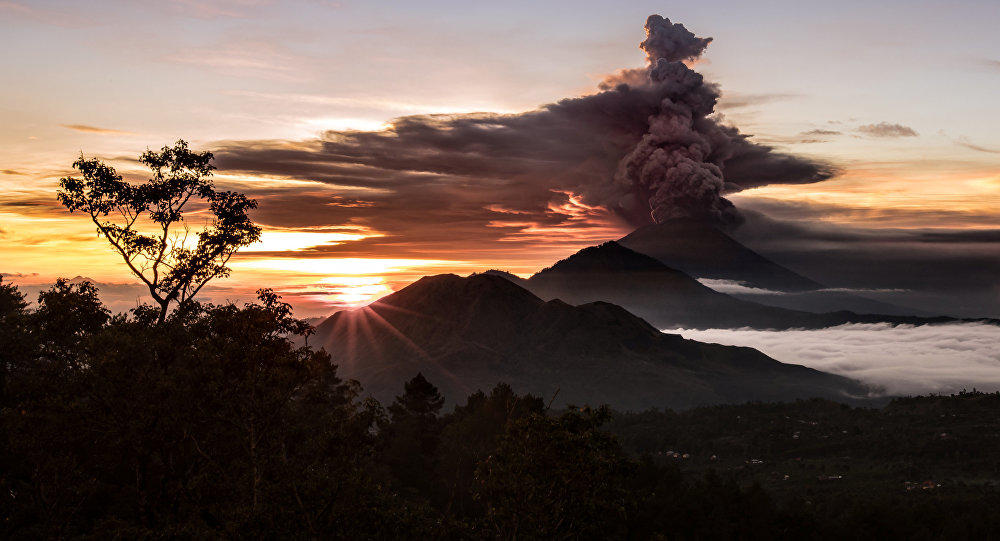 About 60,000 passengers remain stranded; over 440 flights have been canceled, The Telegraph cited airport spokesman Ari Ahsanurrohim as saying on Wednesday.

The newspaper also referred to Indonesian volcanologist Gede Swantika, who has warned of a thermal anomaly in the volcano's crater which was detected by a NASA satellite.

According to him, it means that it will be easier for magma to foray to the surface in the immediate future.

Earlier this week, the alert status of Mount Agung was upgraded from level three to level four (the highest possible level) as local authorities ordered the evacuation of almost 100,000 people within the 10 kilometer area around the volcano.

Volcanologists, however, warned of an imminent larger eruption.

It has been rumbling for weeks, and in the last few days has begun shooting ash columns and clouds into the sky.

About 40,000 people have already been evacuated from the eruption area but others haven't left "because they feel safe or don't want to abandon their livestock." The island is approximately half the size of Los Angeles County and home to 4.225 million people.