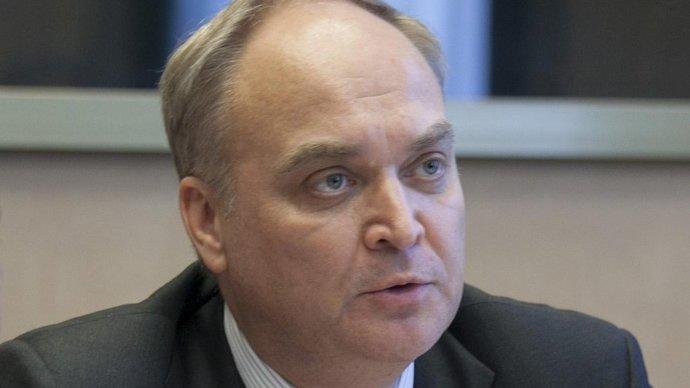 The Russian Ambassador to the United States explained the necessity of restoration of dialogue on different levels in his speech in California.

The Russian Ambassador to the United States called on US colleagues on Wednesday to restore dialogue between the nations' security councils and legislatures.

"It is clear that the Russian and the United States interest intertwine when it comes to the fight against global terrorism," Anatoly Antonov noted.

"The expulsion of Russian diplomats, seizure and search of our diplomatic property, the removal of state flags of the Russian Federation, infringement of rights of the Russian media — all these actions are destroying the foundation of the Russian-American cooperation, " he said.
The ambassador noted however, that Russian and US presidents seek to develop relations between their countries based on balance of interests.

"We consider the intent of the Russian and US presidents to develop relations in the spirit of balance of interests and search for mutually beneficial agreements to be highly important," he said.

Antonov said this intent had been reaffirmed during a recent telephone conversation between Vladimir Putin and Donald Trump.

In September, the United States shut down Russia's Consulate General in San Francisco and trade missions in New York City and in Washington, DC. US officials said the move came in response to Moscow's earlier offer to Washington to reduce the number of US diplomatic staff in Russia to 455 people, the same number of diplomatic personnel Russia has in the United States. The US security services subsequently entered the premises to perform searches.

Russia responded to this move by saying that the United States' actions constituted a violation of international law, and pledged to sue the US authorities.