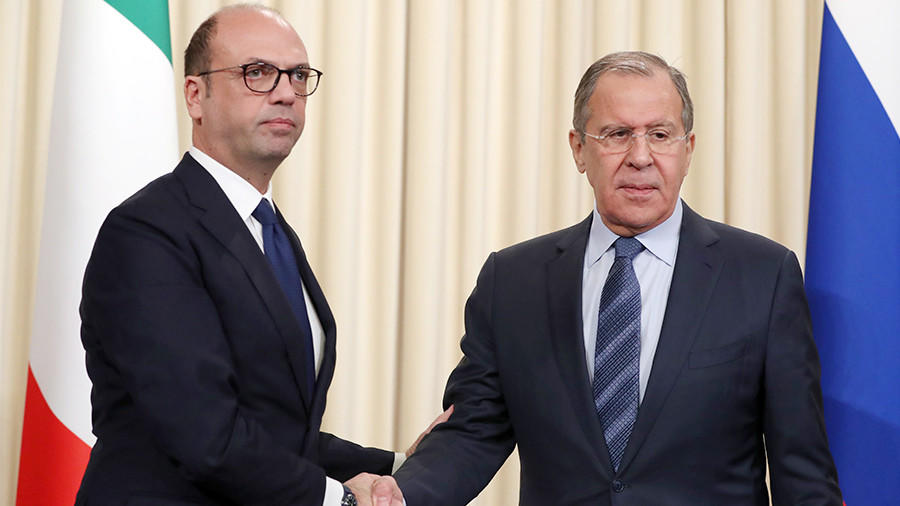 Russia plays a strategic role at the current phase of the Syrian settlement, Italy’s Foreign Minister Angelino Alfano said after talks with his Russian counterpart Sergey Lavrov in Moscow on Thursday.

"It is extremely important to ensure the future of such country as Syria should be settled by the Syrians themselves - by the forces that are interested in a settlement," he said. "Determining the country’s constitutional system implies a large amount of work to be handled and a serious process. Russia’s role in it looks strategic to us."

Alfano voiced support for UN Secretary-General’s special envoy for Syria, Staffan de Mistura, in his efforts and pointed out that the just-ended Syrian National Dialogue Congress in Sochi and the Astana talks were "very important parts of the negotiating process, which also incorporates the Geneva negotiations."

In that connection Alfano pointed to achieving tangible results in the Syrian settlement. In the first place he mentioned "ceasefire and a considerable easing in the stance of many groups involved in the conflict."