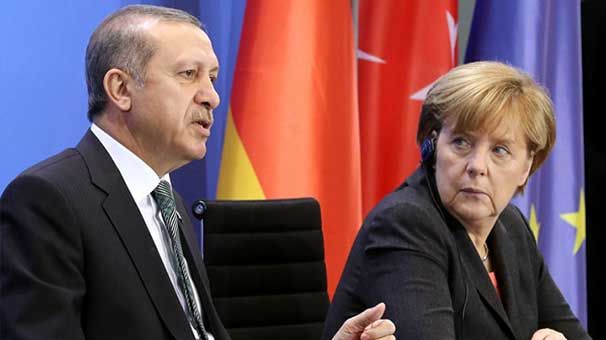 Germany has a “strategic interest” in a sound economic development in Turkey, Chancellor Angela Merkel said on Thursday.

In an interview with German RTL television, Merkel said Germany and Turkey should enhance dialogue and cooperation, despite their differences on a number of political topics.

“Germany has a strategic interest in a sound economic development in Turkey. If we behave in a way that would weaken Turkey, that would not be in our interest,” she said.

Merkel’s reports came amid media reports that Berlin was searching for ways to assist Turkey to overcome current economic hardships.

Merkel said, “We cannot always think of the world in black and white terms. That is not the reality,” she said.

Intensified talks between Berlin and Ankara are important to overcome current problems, she added.

Merkel underlined that German-Turkish relations were “special” thanks to more than 3 million people of Turkish origin living in Germany.