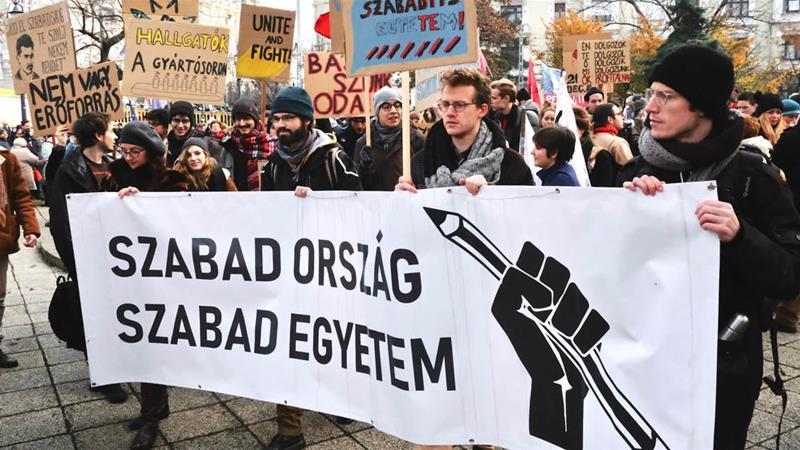 Around 2,000 Hungarians protested late on Wednesday outside parliament against new legislation allowing employers to ask staff to work up to 400 hours per year of overtime, a reform its critics have dubbed the “slave law”.

Prime Minister Viktor Orban’s ruling Fidesz party pushed the law through the legislature earlier in the day, using its big majority as opposition parties sought to block the vote.

Shouting “Traitors, traitors” and “Orban go to hell” faced off against hundreds of police who stood on the steps of the parliament building.

A Reuters photographer said the crowd then moved toward a side gate, where some threw objects at police, who responded with pepper spray.

The changes to the labor code had already sparked a street protest at the weekend.

Orban has ruffled feathers in Europe and built a system his critics see as autocratic, affecting businesses, academia, the courts and the media, But he has rarely angered different domestic voter groups at the same time.