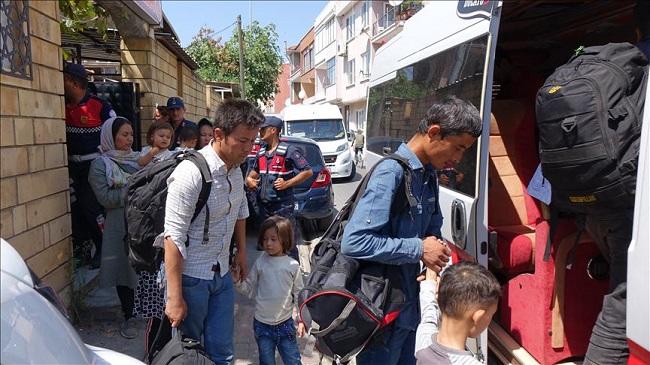 More than 92 irregular migrants were held near Turkey’s Greek border late Wednesday after reportedly forced to depart for Turkey, a local official said.

Axar.az reports citing AA that the migrant group -- including Palestinians, Moroccans, Algerians, and Nepalese -- were arrested in northwestern Edirne province, bordering Greece, said the source on condition of anonymity due to restrictions on speaking to the media.

The irregular migrants claimed that Greek authorities forcibly sent them to Turkey.

The irregular migrants were taken to a nearby health facility, then referred to the provincial migration office.

According to local security forces in Edirne, Greece has recently stepped up efforts to send irregular migrants to Turkey in violation of Geneva Conventions, European Convention on Human Rights and the UN Convention Against Torture.