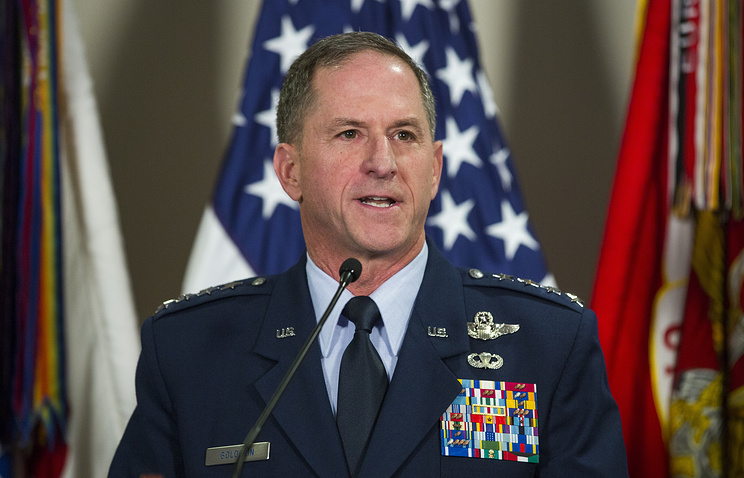 While the viral “Storm Area 51” event that purported to prove the existence of aliens allegedly concealed by the highly classified US base has been canceled, the US military is still preparing for an influx of intruders to the site by putting up barricades and deploying extra military personnel.

Axar.az reports citing foreign media that Four-star US General David Goldfein, who serves as the Air Force Chief of Staff, has commented on the viral “Storm Area 51” event while speaking at the Air Force Association’s Air, Space and Cyber Conference in National Habor, Maryland. He discouraged UFO hunters from storming the base and warning that some US “secrets” had to be protected.

"We're taking it very seriously", General Goldfein said while appearing alongside Acting Air Force Secretary Matt Donovan. “Our nation has secrets, and those secrets deserve to be protected".

"People deserve to have our nation's secrets protected", Goldfein added, without specifying what kind of “secrets” were hidden at the highly classified facility.

"We're prepared, and we've provided them additional security personnel, as well as additional barricades", Donovan said during the conference.