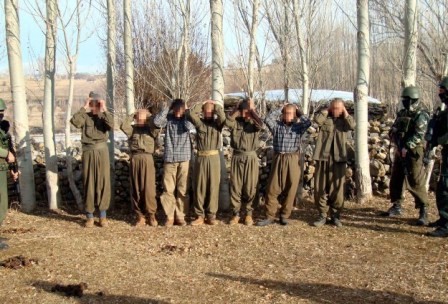 As many as 2,765 militants of the Kurdistan Workers’ Party (PKK) terrorist group were destroyed in Turkey alone during 2016, the general staff of country’s armed forces said in a message June 22.

As many as 7,740 PKK militants were killed during all the operations outside of Turkey (north of Iraq).
Overall, 779 PKK members were detained during the year, and 776 militants surrendered to security forces voluntarily.

The conflict between Turkey and the PKK, which demands the creation of an independent Kurdish state, has continued for over 25 years and has claimed more than 40,000 lives. The UN and the European Union list the PKK as a terrorist organization.