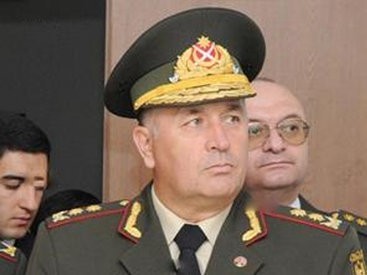 He made the remarks Thursday during the graduation ceremony of the cadets of the Azerbaijani High Military School named after Heydar Aliyev.

Valiyev noted that the military operations conducted on the frontline in early April have demonstrated the strength of the Azerbaijani Army to the whole world.

Thanks to the counteroffensive conducted by the Azerbaijani armed forces in April, some strategic heights occupied by Armenia were liberated, he stressed.

“The courage of our officers and soldiers during these battles was reflected in the memory of the Azerbaijani people. The enemy is well aware that the Azerbaijani Army is stronger and extremely loyal to the motherland, the people and the state. The leadership of the Azerbaijani Armed Forces is confident that our martyrs will be avenged and the country’s territorial integrity will be restored,” he added.

During the ceremony the graduates of the High Military School named after Heydar Aliyev were presented diplomas and valuable gifts on behalf of Defense Minister Zakir Hasanov.