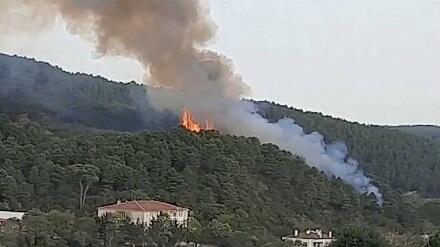 Forest fires have broken out in central Israel.

Axar.az reports that this was reported by the Jerusalem Post.

The first fire broke out in a forest near the village of Shoresh. The fire has not yet been extinguished and continues to spread throughout the forest. Residents living in the surrounding areas were evacuated. 20 fire brigades and 9 planes were sent to the scene.

The second fire broke out in the forest near the settlement of Nakhonim. Although 4 fire brigades were sent to the area, they were unable to prevent the fire. The government has closed the Tel Aviv-Jerusalem road.