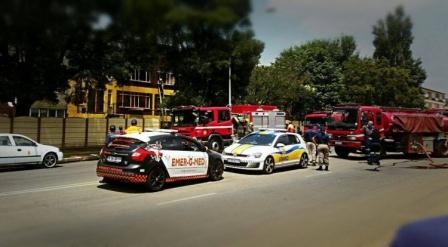 Thirty nine people, including 16 children, died in Madagascar on Saturday in a fire in a residential compound in a village 500 km (310 miles) south of the capital Antananarivo, a security official said on Monday.


Anthony Rakotoarison, a senior police official, told Reuters the fire broke out at around 7 p.m. at a compound where a party to celebrate the completion of a house renovation was underway.


Rakotoarison said the fire started at a straw hut that had been erected near a fireplace where meals for the occasion were prepared, before the blaze spread to the main house.

"Thirty-nine people were killed by the fire - 38 of them died on Saturday, another victim passed away today," he said.

A police statement said "two victims were charred while 36 others were burnt and asphyxiated."


Some victims had attempted to escape the blaze but were trapped because there was only one narrow doorway to exit the main house.


Rakotoarison told Reuters people who were outside could not rush into the house to rescue those trapped because the door was pressed from the inside by the victims who had fallen against it.


There is no fire station near the location of the accident in Mangidy village in Ikalamavony district, a deeply rural and isolated area.