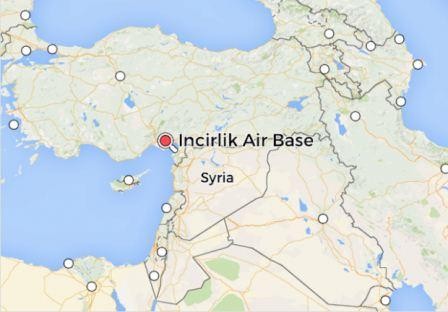 The magazine said the German Bundeswehr was evaluating whether it could move the warplanes and refuelling aircraft, which are supporting the U.S.-led coalition's aerial attacks on Islamic State targets, to Jordan or Cyprus. It quoted unnamed military sources as saying such a move would interrupt the reconnaissance flights for at least two months.

The German Defense Ministry gave no details about its plans.

"We would like to continue the mission from Turkey, but there are alternatives to the base in Incirlik," the magazine quoted a ministry spokesman as saying.

The Social Democrats, junior partners in Chancellor Angela Merkel's coalition government, are now insisting that Germany should withdraw its aircraft and troops from the base given Turkey's refusal to allow German lawmakers to visit the base, Reuters reported.

"The German government must immediately find other bases for the German soldiers," the magazine quoted Rainer Arnold, defense spokesman for the Social Democrats in parliament, as saying.