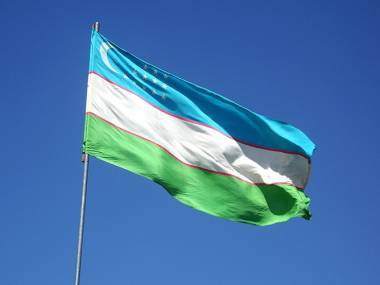 High Representative of the EU for Foreign Affairs and Security Policy Federica Mogherini has appointed Eduards Stiprais of Latvia as the head of the EU Delegation to Uzbekistan, the EU office in Tashkent reported.

Eduards Stiprais has worked for the Latvian Diplomatic Service since 1993 and is one of the most experienced Latvian diplomats. He has worked as the ambassador extraordinary and plenipotentiary of Latvia to the UK and Northern Ireland, director-general of the Bilateral Relations Directorate, head of the Chancery of the President of Latvia, ambassador extraordinary and plenipotentiary in the Permanent Representation of Latvia to the EU, as well as serving as head of the Secretariat of Latvia’s Delegation for Accession Negotiations.

Prior to appointment, Eduards Stiprais worked as the Under Secretary of State and Political Director of the Latvian Foreign Ministry.

At the post of the head of the EU delegation, Eduards Stiprais will replace Yuri Sterk of Bulgaria and start working in September 2016.

Uzbekistan and the EU signed the agreement "On partnership and cooperation" in 1996. The EU diplomatic office in Uzbekistan opened in 2012.

In July 2015, the organization approved the allocation of 168 million euros worth financial aid to Uzbekistan for 2014-2020. The funds are allocated for improving the irrigation infrastructure, using renewable energy sources in agribusiness and promoting the program for creating new jobs in Uzbekistan's regions.