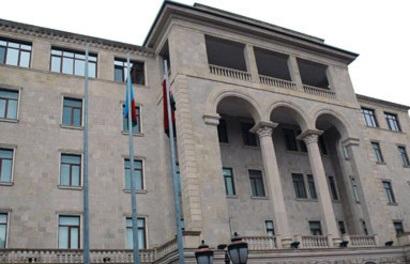 Axar.az reports via the ministry.

The main purpose of the exercises is to develop the combat capability of the units and the practical skills of military personnel, as well as improve the interoperability between command and control bodies.

The main feature of the exercises, involving the units of the Land Forces, the Air Forces, the Naval Forces and the Special Forces, is the implementation of new tactical actions based on Azerbaijan's experience in the second Karabakh war. The reports of commanders and staff officers on the course of the exercises have been heard, the operational situation and terrain features have been studied on the basis of intelligence data, as well as the interaction of units has been organized.

According to the scenario, motorized rifles, artillery and armored units in cooperation with each other destroyed an imaginary enemy's detected targets.